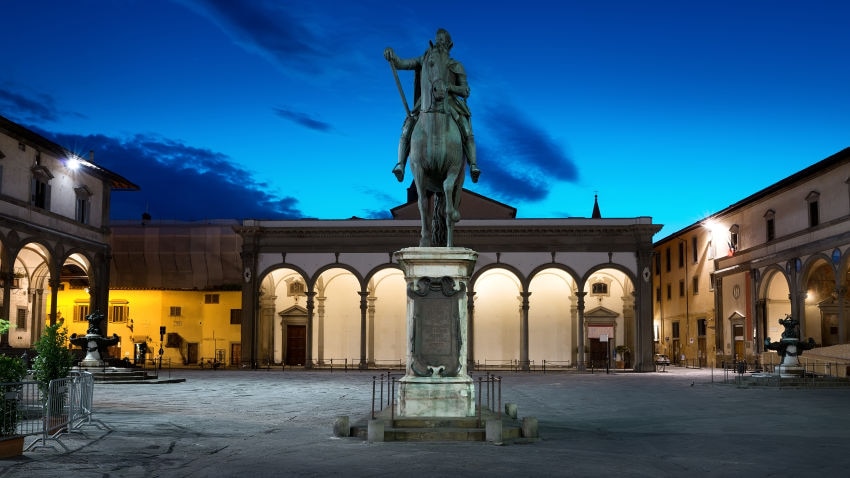 Santissima Annunziata is located just north of Florence’s historic center, and its centerpiece plaza of the same name boasts many of Florence’s finest Renaissance masterpieces. The eastern side of the square is dominated by Brunelleschi’s ground-breaking Ospedale degli Innocenti (Foundling Hospital), which today houses a museum of priceless Renaissance art.

The Basilica of Santissima Annunziata was founded back in the 13th century, but its beautiful Baroque façade was added in 1601. Venerated by pilgrims worldwide for its exquisite painting of the Assumption, the shrine is also a traditional place for Florentine brides to leave their marriage bouquets for good luck.