This property advises that it adheres to SafeHome (VRMA & VRHP) and SafeStay (AHLA - USA) cleaning and disinfection practices.

This property advises that enhanced cleaning and guest safety measures are currently in place. 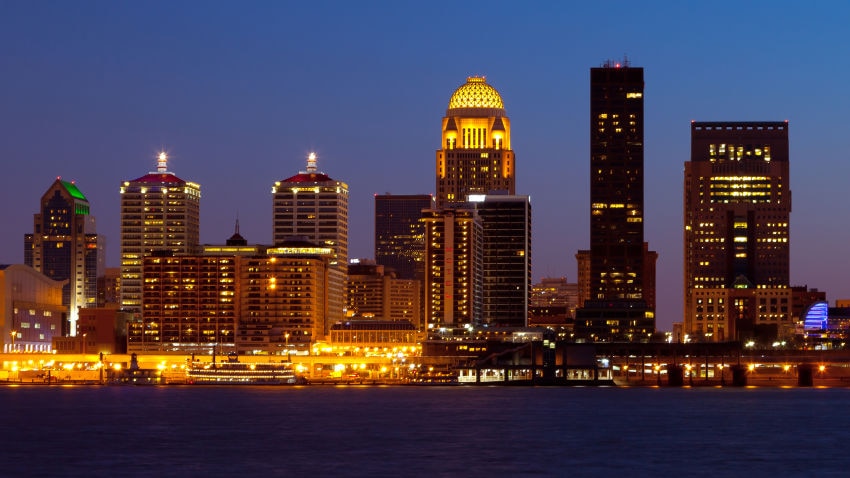 Downtown Louisville is the city’s beating heart, housed within a cluster of skyscrapers and old brick buildings beside the rippling Ohio River. There’s something for absolutely everyone here, from quaint antiques stores and funky fashion boutiques, to swanky restaurants, BBQ joints, blues bars, and trendy nightclubs.

The downtown district is also where you’ll find many of Louisville’s top cultural attractions. West Main Street, with its historic cast-iron storefronts, is brimming with museums including the Kentucky Museum of Art and Craft and the Louisville Slugger Museum, and you can find entertainment a-plenty on neon-drenched Fourth Street Live!

There is no front desk at this property. Guests will receive an email 24 hours before arrival with check-in instructions and lockbox information. Guests can access their accommodation through a private entrance. This property requires a successful background check to be conducted on all reserved guests. A valid government-issued picture ID will be required upon booking.

This property advises that enhanced cleaning and guest safety measures are currently in place.

The property is professionally cleaned; disinfectant is used to clean the property; commonly-touched surfaces are cleaned with disinfectant between stays; bed sheets and towels are laundered at a temperature of at least 60°C/140°F.

This property affirms that it adheres to the cleaning and disinfection practices of SafeStay (AHLA - USA) and SafeHome (VRMA & VRHP).

Please note that cultural norms and guest policies may differ by country and by property. The policies listed are provided by the property.

This property accepts Visa, Mastercard, American Express and Discover. Cash is not accepted.

10.0.Exceptional.8 verified Hotels.com guest reviewsAll of our reviews have come from real guests who have stayed at the property.
See all 8 reviews